A Magnificent Tree with Birds Nesting in its Branches 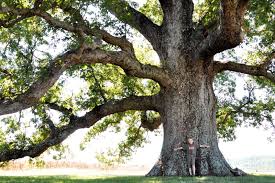 A Magnificent Tree With Birds Nesting in Its Branches
When Jesus wasn’t loving and healing people, He was telling stories.  And many of His stories were about seeds and plants. One of His shortest stories or parables was the parable of a little seed growing up into a very big tree.  Here from Scripture is Jesus’ parable of the seed becoming a tree: “The kingdom of heaven is like a mustard seed, which a man took and planted in his field.  Though it is the smallest of all seeds, yet when it grows, it becomes a large tree, so that the birds of the air come and perch in its branches.”  (Matthew 13:31-32)
Jesus’ told His parables to teach lessons, and I believe this little parable teaches us that this small seed planted in the ground doesn’t look like much in the beginning!  At first this seed, the body of Christ, the gospel, His Church, would start out small.  But then it would take root and spread and grow and multiply and spread love and life. And the gates of hell could not prevail against it.
The follower of Christ, the farmer, dutifully spreads his gospel seeds around as he has been commissioned to do. (Matthew 28:19-20 and Matthew 13:1-23) The heat and the mosquitos, the snakes and bugs and wild animals, the bad weather, diseases and robbers all can come against him as he goes about his holy work. He plants the seeds in tears but later he will reap the harvest with joy! He will come rejoicing, bringing in the sheaves. Scripture says: “He who goes out weeping, carrying seeds to sow, will return with songs of joy, carrying sheaves with him.” (Psalm 126:5-6) To be given the privilege of spreading these magical seeds and then watching for the spiritual harvest of souls is indeed a joy beyond description!
The mighty Wind of the Holy Spirit is blowing these mystical seeds where it wishes.  And we can-not tell where it is coming from or where it is going. (John 3:8) Gospel seeds blowing in the Wind, alive and powerful! Spreading love and peace and joy and mercy and salvation as they blow around the world turning darkness into Light wherever they go.
You plant a tiny seed and you get a huge tree! When the Church grows into full maturity it is like a great tree where the birds of the air nest in its branches.  People all over the world come to this mystery tree for food and rest, shade and shelter, love and mercy and new life!  It’s over the top! And Jesus is the trunk of the mystical tree.  The trunk brings nourishment and life to the branches and connects them to one another. And His people are the branches. This majestic tree will eventually spread throughout the whole world!  The Bible tells us that this is what the kingdom of God is like!
Right after Jesus tells this little parable He tells another one that teaches the same lesson.  The lesson that Gods’ Word, His kingdom, will spread throughout the world.  The seeds will take root and grow.  Here is Jesus’ second parable with a similar meaning as the first one.  “The kingdom of heaven is like yeast that a woman took and mixed into a large amount of flour until it worked all the way through the dough.”  (Matthew 13:33)
In the Bible, yeast usually symbolizes that which is evil or unclean. (Mark 8:15) But here, it is a symbol of growth.  As yeast permeates a batch of dough, so the kingdom of heaven spreads through a person’s life and through the world. The followers of Christ by their preaching have hidden a handful of leaven in the great mass of mankind, and it has had a wonderful effect. it puts the world into a ferment, and in a sense turns it upside down. (Acts 17:6)
The Holy Spirit works a change – a universal change.  It diffuses itself into all the powers and faculties of the soul.  The world doesn’t understand because the kingdom of God is a mystery that only those who follow the Lord can view through a glass darkly sometimes. Only those who ask and believe can see glimmers of this holy mystery.
We plant the seeds of God’s Word and we reap a bountiful harvest! The Bible says that “God’s Word will not return to Him empty.”  (Isaiah 55:11)   The powerful seeds of the gospel are alive.  Alive in our life and alive in the world! The yeast of the gospel will spread through the whole loaf of life and change it forever.
Other religions around the world worship God but they all follow the teachings of their various leaders who are all dead now: Mohammed/Islam, Buddha/Buddhist, the sages who wrote the Vedas/Hinduism, and others. Followers of these religions follow teachings of dead men from long ago. The Christian religion is the only faith that follows the teachings of a living Lord and Son of God, Jesus Christ.
The Spirit of Christ (Holy Spirit) is in each of His followers alive and growing and guiding our lives, like seeds sprouting into living trees. All of the other religions of the world teach their followers that their good works will earn them a place in heaven or paradise or Nirvana. Only the Christian faith offers salvation as a free gift to be received by faith in Christ.
We serve a risen Savior who promises to be with us and guide us in our journey through life. God’s kingdom has nothing to do with common sense, but it is extraordinary, miraculous, unexpected! Surprising! Over the top!
A magnificent tree whose branches spread across the whole world where the birds of the air nest in its branches.  People all around the world come to this mystical tree for food and rest, shade and shelter, mercy and new life. And we are part of this glorious tree. Jesus tells us that this is what the kingdom of God is like!

Posted by Jane Furnish at 9:38 AM No comments: Links to this post

How Many Times Should We Forgive? 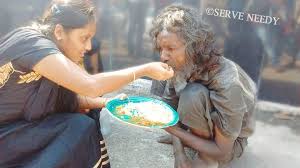 Posted by Jane Furnish at 7:49 PM No comments: Links to this post

What Place Does Mercy Have in Your Life?

Posted by Jane Furnish at 5:57 PM No comments: Links to this post

What is True Faith? 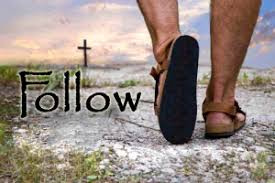 Posted by Jane Furnish at 9:52 AM No comments: Links to this post 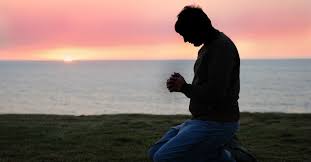 Posted by Jane Furnish at 7:26 PM No comments: Links to this post