Fellowship with the Living God 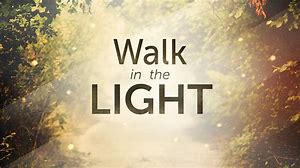 Fellowship with the Living God
1 John 1:1-2:2
Amazingly, the Bible tells us that we can have fellowship with the living God.  Rich fellowship – bringing us “fullness of joy”. (1 John 1:3-4) When we believe in Christ, we are given the gift of the Holy Spirit to live within us and teach and guide us. If we are willing to follow the leading of the Holy Spirit, we can have fellowship with the Lord and our lives can be a continual feast!
Scripture tells us that:” God is light and in Him is no darkness at all.” (1 John 1:5b) And when we have fellowship with our good God, who is all light, Scripture says that we will be “walking in the light”.   (1 John 1:7) And when we walk in the light, or when we have fellowship with our God and Father, we have joy and peace.  Why don’t we Christians always “walk in the light” since it is such a joyful path?  Why do dark shadows so often creep in and follow us?  How do we get off the path so easily?
The Bible says that sin can get in the way of our fellowship with God.  Scripture says: “If we say that we have fellowship with God, and walk in darkness, we lie and do not practice the truth.” (1 John 1:6) If we have believed in Jesus as our Savior and Lord, our sin isn’t going to take away our salvation.  After we believe in Christ, if we purposely continue sinning, we are still part of God’s family.  But our holding onto sin may take away our close fellowship with God.
God has a plan.  Scripture says: “If we confess our sin, He is faithful and just to forgive us our sin and cleanse us from all unrighteousness.”  (I John 1:9) Confessing our sins before a faithful and just God brings cleansing and forgiveness.  We will not be completely free of sin until we die and often, we don’t even recognize some of our sins.  The Holy Spirit is working on us, and when we do recognize a sin, we are told to confess it in prayer and turn from it.
We often try to overlook our sin or make excuses for it. I have a problem loving some people. Especially people who treat me badly and people who try to tear down the Christian faith.  I make excuses for my sin of hating certain people.  But I can’t get around the fact that Scripture tells us to “Love and pray for our enemies” (Matthew 5:44) Without the help of the Holy Spirit, I find it impossible to love these folks.  So, I need God’s help in order to be able to obey Him.
On many occasions, I have had to ask the Lord to give me His love for the person who was treating me badly or attacking the Christian gospel. And amazingly, He always answers those prayers.  (I may slip and have to ask Him for His love again and again!) But He always supplies it again if I want it. God calls His children to live a life of love and to pray for our enemies. And He calls us to let Him deal and judge the person who is giving us trouble.
We are called to confess our sins when we become conscious of them and not make excuses.  We humans sometimes boast that we can have fellowship with God while living in unrepentant sins.  But we are trying to lower God to the human (sinful) level.
The Bible says that if we claim to be close to God while being determined to go on actively sinning, we deny the truth.  Scripture says: “If we say that we have fellowship with Him and walk in darkness, we lie and do not practice the truth.” (1 John 1;6) The Bible speaks often about the “truth”.  But what is this truth?  The Word of God, the Bible, is the truth.  When we study the Scriptures, we can discover what is good and what is sinful.  Our job is to trust and obey. That is the ticket!  When we trust and obey, even though we are sinners, we can have joyful fellowship with the Living God.
But then there is another way we can mess it up.  We humans sometimes boast that we can have fellowship with God by living a sinless life.  If we can just be good enough, spiritual enough on our own, we can have fellowship with God.  But we are all sinners and the Bible says that claiming that we are without sin denies the truth and makes God out to be a liar.  Scripture says: “if we say we have no sin, we deceive ourselves, and the truth is not in us…  If we say that we have not sinned we make Him a liar, and His Word is not in us.” (1 John 1:8 and 10)
It sounds confusing and impossible for us.  But the righteousness of Jesus uniquely suits Him for His role as our Helper when we have sinned.  Jesus is our eternal Advocate.  Jesus fills us with His Spirit and covers us with His righteousness, and Scripture says: “the blood of Jesus Christ, God’s Son cleanses us from all sin.” (1 John 1:7b) His Spirit in us is changing us.  God’s offer is for us to confess our sins and a faithful and just God will bring cleansing and forgiveness. No other religion on earth offers us anything like this.  God is the real joy giver! There is no greater place to be on earth than in the presence of God.

Posted by Jane Furnish at 7:10 PM No comments: Links to this post 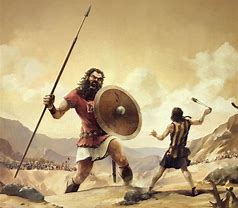 Posted by Jane Furnish at 1:15 PM No comments: Links to this post

Do's and Don'ts of Spirit Living 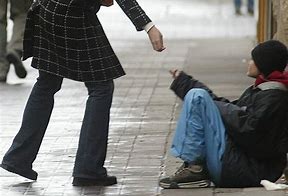 Do’s and Don’ts of Spirit Living
The Bible tells us that when we believe in Jesus as our Savior and Lord, the power of God – in the form of the Holy Spirit- is given to us as a gift!  The Holy Spirit is released into our lives and it is no longer we who live but it is Christ who lives in us and through us. (Galatians 2:20)
Without Christ, we humans are slaves to sin.  We are addicted to sin and we can’t free ourselves from sinning even when we try our best. But if we yield to Christ’s Spirit in us, we can be set free from being a slave to sin.  Christ has come to set us free - free from sin and death!  And His Holy Spirit in our lives is quietly changing and freeing us and re-making us in His image.
The Bible tells us that we are to “walk in the Spirit”.  I believe “walking in the Spirit” means living our lives allowing the Holy Spirit to be our guide. Scripture says: “Since we live by the Holy Spirit, let us keep in step with the Spirit.” (Galatians 5:25)   But how do we physically “walk in the Spirit” or “keep in step with the Spirit”?   The Bible gives us some directions or concrete steps to help us to “walk and keep in step with the Spirit.”
First, we are to drop the ego!  Scripture says: “Let us not be conceited, provoking one another, envying one another.”  (Galatians 5:26) Christians are to be humble.  Scripture says that:  Pride comes before destruction and a haughty spirit before a fall.”  (Proverbs 16:18) As Christians we are told that we have been “crucified with Christ”.  (Galatians 2:20) Our old nature is on its’ way out and the new nature in Christ is maturing in us.  Let us keep in step with what the Spirit is doing in our lives and allow the Spirit to create a humble spirit in us.
Second, we are to restore the fallen.  Scripture says; “Brothers and sisters, if anyone is caught in any sin you who are spiritual should restore him or her in a spirit of gentleness.  Keep watch over yourself, lest you too be tempted.” (Galatians 6:1) If a Christian is caught in a sin we are to pray for guidance and gently confront him or her.  We can humbly and lovingly show this person the Scriptures that condemn their sinful words or actions.  We are not to call good evil or evil good. (Isaiah 5:20)
Thirdly, we are to bear one another’s burdens.  Scripture says: “Bear one another’s burdens and so fulfill the law of Christ.” (Galatians 6:2) Burden bearing honors Jesus Christ.  We are to help one another.  Be generous and feed the hungry, care for the sick, give to the poor and rescue persons in trouble.  Pray for others and welcome the stranger.  Jesus said that if we do good to people in need, we are doing good to Him.  And Jesus calls everyone who helped the needy into His kingdom.  (Matthew 25:34-40) Jesus also says that those who refused to feed the hungry or give to the poor or care for the sick here on earth, that they actually refused to feed Him and He refuses to allow them into His heavenly kingdom.  (Matthew 25:41-46)
Forth, in our quest to “walk in the Spirit” we are told to take responsibility for ourselves.  Scripture says: “For if anyone thinks he is something, when he is nothing, he deceives himself.  But let each one test his own work, and then his reason to boast will be in himself alone and not in his neighbor.  For each will have to bear his own load.  (Galatians 6:3-5) We ae to self- examine ourselves. Check out our attitudes.  Work and try to carry our own weight.
Fifth, take responsibility for doing your share to help your church or ministry.  Scripture says: “Let the one who is taught the Word, share all good things with the one who come to you with the Word.”  (Galatians 6:6) Look after those who are running your local church if you can.  We are in a battle for the Truth and we all need to do our part.
Sixth, don’t mock God with your life.  Scripture says: “Do not be deceived: God is not mocked.  For whatever you plant or work for, that you will also reap (or get back).  If a person works to build up his own ego and pride, he or she will get back corruption, but if a person works or plants to the Spirit, he or she will from the Spirit reap eternal life.” (Galatians 6:7-8) We are not to ridicule God by the way we live our lives.  God wants us to live our lives for Him.
And last, we are not to tire of doing good.  Scripture says: “And let us not grow weary of doing good, for in due season we will reap, if we do not give up.  So then, as we have opportunity, let us do good to everyone, and especially to those who are of the household of faith.” (Galatians 6:9-10)
When we walk in the Spirit, we are to look for opportunities to bless people.  Let the Spirit lead us.  Do it all with love. God will give us what we need for the journey. As God has forgiven you, forgive others.  Place it all at God’s Feet.  God promises to give us the power to live wherever He puts us.  This is a list of some of the do’s and don’ts of Spirit living.  (Galatians 6:1-18)


Posted by Jane Furnish at 6:44 PM No comments: Links to this post