Colossians - Put Off the Old and Put On the New

Colossians – Put Off the Old and Put On the New
Today we are continuing with our study of the book of Colossians.  And we will be studying Colossians chapter 3: 1-17 which is teaching us that when we accept Christ as our Savior and Lord, we are to live differently.  We didn’t have the power on our own to live differently before, (Colossians 2: 11 & 13) but now with Christ’s power we can be new persons in Him! (Colossians 2:14)
After we have believed in Christ we have His power to “put off” our old sins and to “put on” our new graces!  Or to take off our dirty clothes and put on our clean clothes.  Christians have the power now to change but we have to go ahead and use that power given to us by Christ.  Today our Scripture verses in Colossians deal with this issue:  We will be reading Colossians 3:1-17.
Colossians 3:1-17
“Since you were raised from the dead with Christ, aim at what is in heaven, where Christ is sitting at the right hand of God.  Think only about the things in heaven, not the things on earth.  Your old sinful self has died, and your new life is kept with Christ in God.  Christ is our life, and when He comes again, you will share in His glory.
So, put off bad things from your life, sexual sinning, doing bad things, letting bad thoughts control you, wanting things that are bad, and being greedy.  This is really serving a false god.  These things make God angry.  In your past life you also did these things.  But now also put these things out of your life: anger bad temper, doing or saying things to hurt others, and using bad words when you talk.  Do not lie to each other.  You have left your old sinful life and the things you did before.  You have begun to live the new life, in which you are being made new and are becoming like the One who made you.  This new life brings you the true knowledge of God.  In the new life there is no difference between Greeks and Jews, those who are circumcised and those who are not circumcised, or people who are foreigners, or Scythians.  There is no difference between slaves and free people.  But Christ is in all believers, and Christ is all that is important.
God has chosen you and made you His holy people.  He loves you.  So always do these things: Show mercy to others, be kind, humble, gentle, and patient.  Get along with each other and forgive each other.  If someone does wrong to you, forgive that person because the Lord forgave you.  Do all these things: but most important, love each other.  Love is what holds you all together in perfect unity.  Let the peace that Christ gives control your thinking, because you were all called together in one body to have peace.  Always be thankful.  Let the teaching of Christ live in you richly.  Use all wisdom to teach and instruct each other by singing psalms, hymns, and spiritual songs with thankfulness in your hearts to God.  And whatever you do in word or deed, do all in the Name of the Lord Jesus, giving thanks to God the Father through Him.”  (Colossians 3:1-17)
The End.
Paul contrasts two ways of living: the old way and the new way.  And Christ makes the difference.  The first four verses in the third chapter of Colossians (Colossians 3:1-4) is all about the believer’s relationship with Christ.  We died with Christ. (verse 3a) We live in Christ. (Verse 4a) We are raised with Christ.  (Verse 1a) We are hidden in Christ. (Verse 3b) We are glorified in Christ. (Verse 4b).  Colossians 3:1-4 further clarifies Christ’s role in the believer’s life.
Sadly, some Christians remain baby Christians and never grow up and mature in Christ.  As Christians we were meant to live good lives and do good things.  As Scripture says: “He leads me in the paths of righteousness for His Name’s sake.”  (Psalm 23:3) God leads us into good paths with good work, but we must follow.
We have the spiritual power to “put off” the earthly, selfish greedy desires that want to control us, because we have “died with Christ.”  (Colossians 3:3) But we must use this new life we are given in Christ.  Paul calls this “reckoning” ourselves to be dead to sin but alive in Christ. (Romans 6:11) Jesus didn’t come to give us a lot of information or make us super religious.   He came that we might undergo a transformation in our lives.  That we would change.
Not only are we Christians supposed to “put off” the old sins that cling so closely to us.  But in Christ’s power we are told to “put on” the new life that Christ has given us.  In our Bible readings today (Colossians 3:12-14) we are instructed to “Put on” eight “graces”.  We are to: (1) Put on tender mercies. (Col. 3:12) And (2) Put on – kindness. (Col. 3:12) (3) Put on – humbleness. (Col. 3:12) and (4) Put on – meekness. (Col. 3:12) (5) Put on – longsuffering. (Col. 3:12) And (6) Put on – forbearance. (Col.3:13) (7) Put on – forgiveness. (Col. 3:13) And (8) Above all put on – love. (Col. 3:14)
We are always called as Christians to “Be thankful and let the peace of God rule our hearts.” (Colossians 3:15) To sing praises and songs to God.  And to “let the teachings of Christ live in us richly.” (Colossians 3:16) And everything we do or say, we are instructed to do in the Name of the Lord Jesus, giving thanks to God.  (Colossians 3:17) God meant for our human relationships to be filled with righteousness.  We must hold fast to Christ our Savior and through Him we will be doing a lot of “putting off” and “putting on”.

Posted by Jane Furnish at 6:59 PM No comments: Links to this post 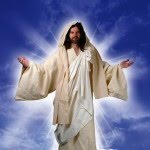 Posted by Jane Furnish at 6:57 PM No comments: Links to this post 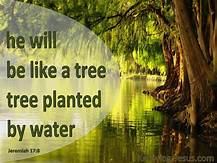 
Posted by Jane Furnish at 9:44 AM No comments: Links to this post