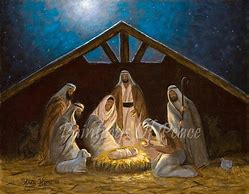 Posted by Jane Furnish at 2:53 PM No comments: Links to this post

God Gives the Gift of Hope

Posted by Jane Furnish at 7:25 PM No comments: Links to this post

The key to Gods Blessing 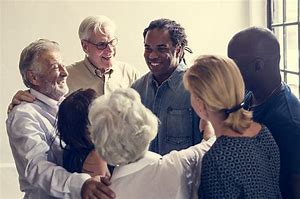 The Key to God’s Blessing
Psalm 133
Psalm 133 only has three short verses.  And Psalm 133 ends with this sentence.  “For there the Lord God has commanded the blessing of life forevermore.”  (Psalm 133:3b) We know that “Life forevermore” is a wonderful blessing from God. This verse seems to be saying that God will command this blessing “there”.  But where is “there”?   Let’s read the Psalm and see .
The first verse of Psalm 133 reads: “Behold, how good and pleasant it is when brothers dwell in unity!”  (Psalm 133:1) God’s vision for us is unity in our world.  And we would like that too.  If everyone would just agree with us, then we might be able to have unity some of the time.
I have some days when I get in a bad mood and become irritated with anyone who happens to get in my way.  I find that my natural self, my “default”, is selfish and critical.  I want God’s unity with my friends and family and in my world, however, I often mess up the unity I want.
But when I take time to pray and look to Jesus, He changes my default or my selfishness and gives me His vision and His love for others.  If I don’t keep coming back to Jesus for help, I can quickly slip back into my selfish self. I love being a Christian because it is so good to be able to run to Jesus and receive His deep love for others and His truths and freedoms!  Instead of being stuck with my little critical and selfish ways of looking at my world.
God is calling us to live in a certain way – to do our best to live in unity and peace with others if   possible.  But we can’t obey God and live in unity on our own without Christ.  His Spirit will give us humility and love for others and everything else we need to do our part to live in unity - if we are willing. Others can mess it up, but with Christ we can do our part.
Christ is the Light of the world (John 8:12) and He will cover us with His light, making us little lights shinning through the darkness of our world. Think of all the many people along your life’s way who have been lights to you, encouraging you and making your life better.  We are meant to be there for one another. “Behold how good and pleasant it is when brothers dwell in unity.” (Psalm 13:1)
The second and third verses of Psalm 133 gives us two pictures of Godly unity. – or when God’s people are together as a loving family. The first picture of Godly unity is like “oil”.  Scripture says: “It is like the precious oil on the head, running down on the beard.  On the beard of Aaron, running down on the collar of his robes! (Verse 2a)
Aaron was a priest and his priestly duty was to come to God with prayers and sacrifices for the Jewish people.  And Scripture says that Jesus is our high priest who prays for us and gives Himself as our sacrifice to God.  Jesus prays for us and He prays for our unity with other brothers and sisters in Christ.  (John 17:20-26) He prays that we love and care for one another, and not tear each other apart. Godly unity on our part is like a sacred service to God: it is personally fulfilling. Also notice that this unity is flowing down from above “running down on the beard of Aaron” and “running down on the collar of his robes”.
The second picture of Godly unity in verse 3a says that this unity is also like “dew”.  God’s people loving each other in unity as family is like refreshing “dew”.   This passage says: “It (Godly unity) is like the dew of Mount Hermon, which falls down from the mountains of Zion!”  (verse 3a) This Godly unity is like refreshing service to society, it is nationally fruitful.
Notice that this unity or “dew” also is falling down from the mountains of God, a bit like the unity or “oil” that is running down on Priest Aaron’s beard. Do you catch the flow – “coming down upon” and “coming down from above.”  These blessings of peace, humility and love and unity are coming down from our heavenly Father for us, if we are open to receive them.
Psalm 133 closes with these words: “For there the Lord has commanded the blessing, life forevermore.”  (verse 3b) Perhaps this passage is saying that Godly unity unlocks God’s blessing.  “There” is when we are in unity with our fellow Christians. Scripture tells us that the very first Christians after Pentecost were united in everything they did together.  And Scripture also says that through Christ these early Christians performed many miracles and healings. Could it be that their love for one another and their unity as the body of Christ had something to do with the many who came to Christ through their preaching and the many who were healed through their prayers? Could this be the key to their blessings?
Experiences of unity here on earth are just a small taste of the complete spiritual unity we will enjoy in heaven forever.  God is calling us to do our best, with His help, to live in peace and love with our fellow brothers and sisters.  Do we need to do anything differently to obey this call?


Posted by Jane Furnish at 7:33 PM No comments: Links to this post

God's Message for the anxious Workaholic God’s Message for the Anxious Workaholic
Psalm 127
I can easily become an anxious person.  Too I often worry that my work will not be good enough. Or that something will go wrong. When I start to worry, remembering the words of Psalm 127 helps me and calms me down.  Reminds me to relax and trust in my heavenly Father.  I’m hoping that maybe this psalm can help you too.
Psalm 127 is a short little Psalm – only five verses. But this Psalm reminds us that the key to success is not by our anxious frantic efforts but by abiding in Him. That without God, we can do nothing.
Let’s read Psalm 127 here:
This Psalm tells us that without God’s help, our endeavors are in vain.  When we build our house (marriage, family) we need to consult the divine Architect. (verse 1a) We need to pray and ask God for His blessing for our house (marriage, family) and our country.  If the citizens and leaders of a country make laws that break God’s laws and if they forget to seek God’s will and blessing, their country will eventually fail.   Psalm 127 says: “Unless the Lord watches over the city, the watchman stays awake in vain.” (verse 1b)
Workaholics beware. Psalm 127 says that our work is in vain independent of God’s calling and direction. (verse 2a) We don’t have to do it all by ourselves, but God “gives gifts to His beloved even in her or his sleep.” (verse 2b) Let’s not miss out on the truth that we don’t have to do it all that God blesses us even at the most unlikely times.
And Psalm 127 ends by telling us that our children are a gift from the Lord, designed to fill a purpose with joy.  Jesus said: “I came that they may have life and have it abundantly.”  (John 10:10)
We sometimes think that the harder we work; the richer we become.  But without God, all our money and earthly riches will not satisfy us. Yet this Psalm shows that God’s gifts are given by our resting in His grace and doing our reasonable share of work.  The fourth commandment (Exodus 20:8) of the Ten Commandments commands God’s people to rest from their work on the sabbath day or the seventh day.  Do we take seriously God’s command to rest from our work – and to rest and trust in Him?
Yes, Scripture says that God gives us work to do.  There are many passages in Scripture that speak against sloth or being lazy and not doing our share of work. But then we are told not to “Rise up early and stay up late and eat the bread of anxious labor.” (Psalm 127:2) God has placed limits on our work so there is room for rest, reflection and worship. We can find this moderation when we stop trying to run our own lives and trust God each day to guide and help us.
What does it look like to abide in Jesus instead?  A passage about us abiding in Christ is found in John 15:1-8. Jesus is speaking these words: “Abide in Me, and I in you.  As the branch cannot bear fruit of itself, unless it abides in the vine, neither can you bear fruit, unless you abide in Me.  I am the “Vine”, and you are the “branches”.  If you abide In Me, and I in you, you will bear much fruit: for without Me you can do nothing.”  (John 15:4-5)   This New Testament passage is saying the same thing that Psalm 127, our Old Testament passage said.  That without God being involved in our work and our lives, all that we do will amount to nothing.
Our secular society tells us that we should run our own lives.  Be self-made men and women. Rugged individualists. But our secular world has it all backwards.  God speaks to us in Scripture and tells us that “We are not our own, we are bought with a price” (the price is the blood of Jesus) (1 Corinthians 6:19-20)  We are to live our lives for Him and His glory and not just for ourselves if we want His blessings and His abundant life.  Let’s come to Jesus.  Repent of the spirit of independence in our lives and give our lives to God.  Stop trying to run things on our own and ask Him for His guidance and blessing.  Do this every day! Live the good life.


Posted by Jane Furnish at 6:56 PM No comments: Links to this post

God's Message for the Anxious Workaholic Posted by Jane Furnish at 6:48 PM No comments: Links to this post