The Resurrection of the Body and the Life Everlasting 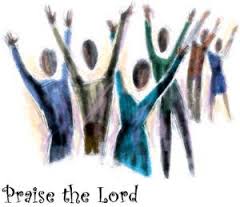 
Posted by Jane Furnish at 5:48 PM No comments: Links to this post

Posted by Jane Furnish at 4:13 PM No comments: Links to this post

I Was a Stranger and You Took Me In 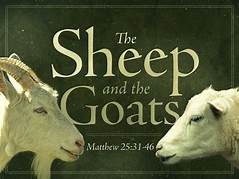 
Posted by Jane Furnish at 4:11 PM No comments: Links to this post

The Forgiveness of Sins 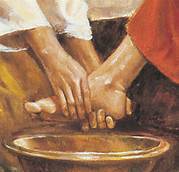 The Forgiveness of Sins
These last few weeks we have been discussion basic Christian beliefs as they are expressed in the Apostles’ Creed.  Today we will discuss one of the main Christian beliefs – the forgiveness of sins.  Here below is another copy of the Apostles’ Creed.
The Apostles’ Creed
I believe in God, the Father Almighty
Creator of heaven and earth.
I believe in Jesus Christ, His only Son, our Lord.
Who was conceived by the Holy Spirit.
Born of the Virgin Mary,
Suffered under Pontius Pilate,
Was crucified, died, and was buried:
He descended to the dead.
On the third day He arose again:
He ascended into heaven,
And is seated at the right hand of the Father.
And will come to judge the living and the dead.
I believe in the Holy Spirit,
The holy catholic church,
The communion of saints,
The forgiveness of sins,
The resurrection of the body.
And the life everlasting.  Amen.
The Bible says that “All have sinned and come short of the glory of God.”  (Romans 3:23) All of us have sinned and all of us need forgiveness. Sin can enslave us and rob us of joy.  The lure of sin over-promises and under-delivers.  In the last seventy-five years, hundred of millions of people have died because of wars, greed, terrorism, racism, lack of food and health care and more.  And the causes of all these can be attributed to sin.
Scripture tells us that we cannot enter heaven with our sins.  We and every other sinner would quickly turn heaven into hell if sin were allowed to be there and grow.  We need someone to wash us clean and make us new.  Someone to forgive us and change us.  And God in His love and mercy has provided that very One for us.  Jesus Christ who washes us and makes us clean! Scripture tells us that His blood cleanses us from our sins.  “The blood of Jesus, God’s Son, cleanses us from all sin.” (1 John 1:7)
I love this story in the Bible about the importance of Jesus washing His followers: “Jesus got up from the meal, took of his outer clothing, and wrapped a towel around his waist.  After that, He poured water into a basin and began to wash his disciples’ feet, drying them with the towel that was wrapped around him.  He came to Simon Peter, who asked, “Lord, are you going to wash my feet?”  Jesus answered, “You do not realize now what I am doing, but later you will understand.”  “No”, said Peter, “You shall never wash my feet.”  Jesus answered: “Unless I wash you, you can have no part with Me.”  “Then Lord,” Simon Peter replied, “Not just my feet, but my hands and my head also.” (John 13:4-9)   Along with Peter, you and I also need Jesus to wash us and make us clean.  Or we will have no part with Him.
The Bible also tells us that Jesus does not only take away our sin, but He also covers us with His righteousness.  What an amazing exchange!  Our sin for His righteousness!  2 Corinthians 5:21 says: “God made Him (Jesus) who had no sin, to be sin for us, so that in Him (Jesus) we might become the righteousness of God.”  Amazing! “Christ Jesus came into the world to save sinners.” (1 Timothy 1:15)
Scripture tells us that God is rich in mercy and abounding in steadfast love. (Psalms 103:8, 145:8, Joel 2:13, Exodus 34:6) Jesus revealed a God who is more willing to forgive than we are to ask for forgiveness.  After Jesus’ resurrection, Jesus told His disciples, “The forgiveness of sins must be preached in My Name to all the nations.” (Luke 24:47)   The word “forgive” means “to release” We are asking Christ to release us from the burden of guilt and sin.
God is the God of second chances.  Jesus died to redeem you.  God offers you new life.  We need to turn from our sins and ask God to forgive us – and to allow Jesus to wash us –  to cover us with His righteousness. To become a Christian.
Because God forgives our sins, He commands us to forgive others of their sins.  In the Lord’s Prayer Jesus taught us to pray, “Forgive us our sins, as we forgive those who sin against us.”  (Matthew 6:9)
Forgiving others is not the same as saying that what he or she did was all right.  But forgiving is choosing not to hold on to the wrong done to us, or to hold it against the other person.  Forgiveness doesn’t necessarily mean that we release the one who sinned from all the consequences of their sin.  There are legal consequences to crimes.  God doesn’t want us to carry bitterness in our hearts against another person or persons.  Forgiveness is a central part of the Christian faith.
When we recite the Apostles’ Creed and confess that we believe in the forgiveness of sins, we are affirming that God is willing to forgive our sins.  And that we are willing to try to turn from our sins. That we are asking God to forgive us of our sins. And we are willing to try to obey Christ’s call to forgive others of their sins.  I believe in the forgiveness of sins.
Many of the ideas in this blog were taken from Adam Hamilton’s book, “Creed, What Christians Believe and Why”  in his chapter “I Believe in the Forgiveness of Sins”

Posted by Jane Furnish at 5:08 PM No comments: Links to this post

The Holy Catholic Church and the Communion of Saints 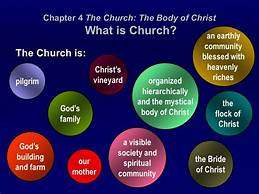 Posted by Jane Furnish at 7:12 PM No comments: Links to this post