What Was the Sin of Balaam 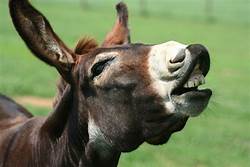 Posted by Jane Furnish at 6:23 PM No comments: Links to this post

Come out from Among Them and be Separate 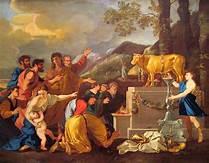 A Christian is called to give up her life to Christ, to get rid of her secret idols, confess all her sins and to tear down all her “high places.”  God wants all of you.  Are you willing to give Him everything?
touch what is unclean, and I will receive you.  I will be your Father, and you shall be My sons and daughters., says the Lord Almighty.”  (2 Corinthians 6:17-18) There are practices that are “unclean” for Christians that perhaps a non-Christian would find acceptable.
The Bible says that the Christian is to be humble, loving, and trusting God and always forgiving.  We are to take care of our families and be faithful to one another. Obey and love God and His laws.  Study the Bible and give to the poor and needy.  Not covet or want what others have. Worship and pray to God our Father.  And love and trust Him.  And obey His Word.  We can only do all these things through the power of the Holy Spirit.
And we Christians are commanded to get rid of any influence that compromises our relationship with God. The Christian is to live differently from the carnal person.  The Scriptures say: “All that is in the world – the lust of the flesh, the lust of the eyes, and the pride of life – is not of the Father but is of the world.  (1 John 2:16)  A spiritual battle between good and evil is being fought right here around us.
The Christian is to turn away from any tendency to be controlled by money.  The Scriptures say: “No one can serve two masters.  Either he will hate the one and love the other, or he will be devoted to the one and despise the other.  You cannot serve both God and Money.”  (Luke 16:13) Our heavenly Father does not want material things to control us.  He promises to provide for us.
The first commandment of the Ten Commandments is “You shall have no other gods before Me.”  (Exodus 20:3) God calls the Christian to put Him first.  When we put God first, we don’t have room for many of the things that the secular person chases after.
The secular person often is trying to craft the best life possible for himself or herself.  He wants to do life his way. To do that he may go after money, sex and power in a different way than the Christian would.  The secular person doesn’t want to give up any of her control or put away any of her idols. She wants it all.  She wants it her way.
A Christian’s life is very different.  He is trying to give up his life to Christ.  In return he finds a joy and peace he never knew before. (Matthew 10:39) He no longer even owns his own life; he is learning to give it up to Christ.  Scripture says; “you are not your own, you are bought with a price” (the price is Jesus’ blood) (1st Corinthians 6:20)

A Christian is called to give up her life to Christ, to get rid of her secret idols, confess all her sins and to tear down all her “high places.”  God wants all of you.  Are you willing to give Him everything?


Posted by Jane Furnish at 7:26 PM No comments: Links to this post 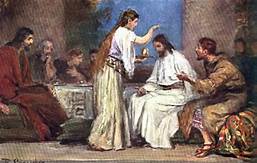 A Woman Pours Expensive Perfume over Jesus
It’s just a short story!  A few lines written in the gospel of Mark! (Mark 14:1-11) But Jesus announces that throughout the world, wherever the gospel is preached, that this little story would be told!  This story must have an important message for Jesus to want all of us to hear it!
The story takes place two days before the Passover and the chief priests and scribes were looking for a way to arrest Jesus and kill Him.  But they were afraid that if they murdered Him during the Passover feast that there would be an uproar from the people. (Mark 14:1-2)
The story begins when Jesus and his disciples are in Bethany visiting Simon the Leper and having dinner with him.  Jesus is “reclining at the table” with the others, which was the custom at that time. Scripture says: “A woman came in with an alabaster jar of very expensive perfume made o pure nard.  She broke the jar and began pouring the perfume on Jesus’ head.” (Mark 14:3b)
“Some of those present were indignant and said to one another, ‘Why this waste of perfume?  It could have been sold for more than a year’s wages and the money given to the poor.’  And they rebuked the woman harshly.” (Mark 14:4-5)
“But Jesus said, ‘Leave her alone.  Why are you bothering her?  She has done a beautiful thing to Me.  The poor you will always have with you, and you can help them anytime you want.  But you will not always have Me.  She did what she could.  She poured perfume on my body beforehand to prepare for my burial.  I tell you the truth, wherever the gospel is preached throughout the world, what she has done will also be told, in memory of her.’”  (Mark 14: 6-9)
Right after this, Judas Iscariot, one of the twelve disciples, slips away and runs out to find those who hate Jesus, the chief priests.  Judas tells them he will hand Jesus over to them.  Judas offers to lead the priests to where Jesus will be so they can more easily arrest Him. The religious leaders are delighted with Judas’ scheme and promise to give him money for his help.  Then Judas begins watching for an opportunity to lead the priests to Jesus. (Mark 14:10-11)
Did Judas decide to betray Jesus, his Master, when he saw the woman pouring out her faith and devotion onto Jesus and giving Him her best gifts?  We shall never know. This story shows us that people can be disappointed with Jesus and hate those who give Him their best.
Judas was disappointed with Jesus probably because he had first followed Jesus hoping to get fame and fortune from being His follower and Jesus hadn’t delivered.  If your opinion of how life should be lived is different from Jesus’s and you are also disappointed with Him, could you walk away from Him too?
This story shows us that loving Jesus can causes us danger and disruptions.  Indeed, the Bible tells us that when we follow Christ we will be persecuted!  (2 Timothy 3:12)   Are we able to take the heat?  The disciples got angry with the woman who poured the very expensive perfume over our Lord.  Scripture says they were “indignant” and accused the woman of wasting her expensive perfume on our Savior instead of giving it to the poor.  Cost and worth are all over this story.  The disciples “scolded” the woman harshly for her devotion to Jesus.  Are we willing to be scolded and ridiculed harshly because of our open devotion to Christ?
This story shows us that Jesus comes to the defense of those who are willing to openly show their devotion to Him.  He stopped the woman’s accusers and proclaimed that “She has done a beautiful thing to Me”.  And He also promised that this story of her devotion and love to Him would be preached around the world.  It seems that this story is teaching us that our all-out devotion and love to Christ is deeply meaningful to Him and He is blessed by our expressions of love.  He loves our love for Him. Can it be that we little humans can actually give great joy to our Savior?  Scripture says: “God inhabits the praises of His people.”  (Psalm 22:3)
And of course, this story teaches us about devotion since it is about a woman who wasn’t embarrassed about pouring out her devotion upon Jesus Christ for everyone to see. He was worth everything to her.  And this was very precious to Jesus. Sadly, too many of His children forget to pour over Him the aroma of their praise and love and devotion.
So, what is Jesus worth to you?  Where is your devotion?  How much would extravagant love for Jesus cost you?  Might others laugh at you, call you names, exclude you?  It is fashionable to be enthusiastic and pour out our devotion for a football team at a game.  But if we are found being as enthusiastic about Christ as we are about a sports game, we may be called a fanatic or a Bible thumper or worse.  We may pay a price socially, personally or financially.  Are we willing to pay the price?
Our devotion to Christ doesn’t have to be all financial.  But every Christian has something to give their Savior – something - whatever is in your alabaster jar.  Jesus deserves our complete devotion.  Our calling as Christians is to give Jesus our very best – our all. No matter what the price.


Posted by Jane Furnish at 8:20 PM No comments: Links to this post