What Does the Bible Say About Death? 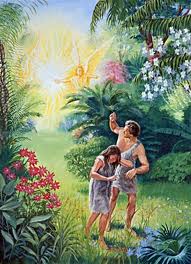 What Does the Bible Say About Death?


It seems that the apostle Paul listed death as one of the many things we have been given - one of our belongings.  This is what he wrote: “All things belong to you, your teachers Paul and Apollos and Cephas belong to you and also life and death and things present and future; they all belong to you, and you belong to Christ and Christ belongs to God.”  (1Corinthians 3:21-23)

We have been given many things in this package called life – and death is one of the things in the package.  We don’t want it but it is there just the same.  We fear death, hope it won’t come for a long time, wish it would go away.  But there are some good reasons why we have to die!

In the beginning God had warned our first parents, Adam and Even that if they ate the fruit growing on the Tree of the Knowledge of Good and Evil that they would die.  Adam and Eve probably did not know what dying meant since nothing ever died in God’s newly created healthy loving world.

But sadly Adam and Eve ignored God and disobeyed and ate the forbidden fruit and they began to die from that time on.  They knew right away after they disobeyed that things weren’t the same.  That the world and their lives had somehow been changed for the worse!  Just as God had warned, they were no longer immortal and their bodies would no longer last forever.  And their sin brought all of creation down with them.  And Scripture tells us that all of this broke God’s heart.

If Adam and Eve could have stayed in the Garden and eaten the fruit from the Tree of Life, it would have kept them from ever dying!  But then they would live forever in their sin!  Forever is a long time to be stuck in sin and sickness and God had better things for them.  He wanted them well and sinless and with Him in heaven.  God prevented Adam and Eve from eternal sinfulness by giving them the gift of death.  Only death could give them the gift of eternity.  Death, though it would appear to be our greatest enemy, would in the end be our friend!

Let’s read through the Bible and check out some of the things it says about death. First of all the Bible describes death in several ways.  Death is referred to as an exit or a departure.  On the Mount of Transfiguration Moses and Elijah appeared with Christ and “were speaking of Jesus’ departure (his death) which was about to happen in ” (Luke 9:31)

And just before His death, Jesus told the disciples that He was going where they could not come.  Peter was upset since he wanted to follow Christ everywhere.  And Jesus lovingly told him,” Where I go, you cannot follow Me now; but you will follow later.”  (John 13:36)  Paul said about death: “to be absent from the body (to depart from it) is to be present with the Lord.” (2 Corinthians 5:8)  Death is an exit from this world to another place - a departure.

Sleep is used as a picture of death in the New Testament.  Perhaps Scripture speaks of death as a restful “sleep” because death is a means of rejuvenation  “Blessed are the dead who die in the Lord from now on…that they may rest from their labors,…”  (Revelations 14:13)

The Bible describes death as a collapsing tent!  Paul speaks of death this way:  “For we know that if the earthly tent which is our house is torn down, we have a building from God, a house not made with hands, eternal in the heavens.”  (2 Corinthians 5:1)

Our present body is like a tent, (a temporary structure) where our spirit lives. Tents deteriorate in the face of changing weather and storms.  If used regularly, a tent often needs to be repaired.  A tattered tent is a sign that we will soon have to move.  Death takes us from the tent to the mansion.  Our address changes from earth to heaven.  A tent (our temporal body) reminds us that we are only pilgrims here on earth on our way to our permanent home.

Scripture speaks of death as walking with the Lord through a valley while He continually comforts and protects us as a Shepherd takes care of his sheep.  “Yea, though I walk through the valley of the shadow of death, I will fear no evil.  For You are with me.  Your rod and your staff, they comfort me.  … and I will live in the house of the Lord forever.”  (Psalm 23:4-6)

We will be the same person in heaven as we are here on earth, except we will be glorified and purified.  And our desire to sin will no longer be a part of our being.  We will see our family and friends and we will be “known even as we are fully known.”  (1 Corinthians 13:12)  At the point of transition between life and death some people have actually testified that they saw departed relatives awaiting their arrival.  As he was dying, my great grandfather told his children who were gathered around him that he could see his wife who had died years earlier waiting there for his arrival into heaven.

And when the Bible describes heaven, the descriptions go way over the top!  Here are just a few hints as to heaven being more than we can imagine.  “For I consider that the sufferings of this present time are not worthy to be compared with the glory that is to be revealed to us.”  (Romans 8:18)  “No eye has seen, no ear has heard, no mind has conceived what God has prepared for those who love Him.”  (!. Cor. 2:9)   And speaking about how we will be in heaven: “You will fill me with joy in Your presence, and at your right Hand are pleasures forever more.”  (Psalm 16:11)

Most of us are fearful of that future time when we will be called upon to walk through the valley of the shadow of death.  But we have the promise that God will walk that valley with us.  And we know that even though it may be a deep valley, there will be victory for us on the other side if we belong to Christ.  We have that promise again and again throughout Scripture.   “Oh death, where is your sting?  Oh grave, where is your victory?  …Thanks be to God who gives us the victory through Jesus Christ our Lord.”  (1 Corinthians 15:55a-56)