The Baptists: Conversion and Scripture 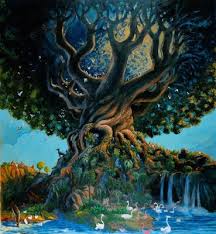 One of the Baptists’ “radical” idea was that baptism should only be for adults or for children who were old enough to believe in Christ for salvation. Discontinuing infant baptisms seemed a radical move since the Catholics and all the other Protestant denominations practiced infant baptism. Other denominations of Christians worried that Baptist babies might not go to heaven if they died before being baptized.  But Baptists believed that salvation comes only through faith in Christ, and they refused to put their trust in anything else – even baptism. Baptists trusted that their loving God would not send a baby to hell because it was too little to trust Christ.

Baptists reject all of the liturgical elements of worship or anything that seems “Catholic”. There are no processionals and no special vestments and robes for the clergy.  No bishops and no pope.  Baptists do not answer to any outside authority and they insist that the Bible is the sole authority for doctrine and practice.   Simplicity is the norm for Baptists.  Jesus as Savior, nothing more and nothing less. Their churches are unadorned with no statues and no extra religious items.  Baptists worry that praying in front of statues might lead to idol worship.  And Baptists only pray to God.

There are about forty-five million Baptists around the world.  Thirty-three million Baptists live in the United States and there are liberal Baptist churches and fundamentalist or very conservative Baptist churches. But there are similarities between all Baptists. All Baptists believe that a Baptist church member must believe in Jesus Christ as his or her personal Savior and Lord and make a confession of faith.   All church members must testify that they have accepted Christ as Savior and Lord.

Baptists stand on the holy Scriptures and trust completely in Christ, that His death on the cross is for their salvation and that He alone saves them and not their church or any other thing that they might try to do.  They can quote hundreds of Bible passages promising salvation through Christ and they feel secure doing that.  Here are two passages that Baptists love, along with many others.  “For God so loved the world that He gave His only begotten Son that whosoever believes in Him shall not perish, but have everlasting life.”  (John 3:16) Another passage: “For the wages of sin is death, but the free gift of God is eternal life in Jesus Christ our Lord.”  (Romans 6:35)

Religious liberty is also important to Baptists.  Clergy and laity work together in governing the church.  Baptists in the past have strongly believed in the separation of church and state. Many early Baptists were pacifists.  And also many early Baptists warned against the love of money or the love of anything “worldly”.  Pastors would warn their members not to see certain movies or listen to certain music because it was  “worldly”.  Early Baptists also believed that a Christian could not serve God and money at the same time.  A Christian was to set him/her self apart for God.

Baptists love the holy Scriptures and look to the Bible alone as their guide to beliefs and practices, just as the Lutherans do.  Most Baptists believe that the Bible contains truth “without any mixture of error… there, all Scripture is totally true and trustworthy.”  Baptists often use the term “verbal, plenary inspiration,” which means that every word in the Bible is inspired by God. That the Bible is the inspired Word of God is a basic belief of Baptists.  Whereas some other denominations consider tradition and human wisdom or experience to be as important as Scripture in deciding doctrine and practice, the Baptists believe that the Bible is God’s Word and human wisdom or tradition can never be considered equal to God’s Word.  If God’s Word (the Bible) contradicts a popular human belief, Baptists will stay with God’s Word.

Because Baptists believe so strongly that the Bible is God’s living Word, many Baptists gain great strength and help from “standing” on passages of Scripture during times of trial and in good times too.  Baptists love to have “testimony” time where they come together and testify how God helped or saved them. Many of their testimonies tell of an experience they have had when they believe that the Lord gave them a Scripture verse during a difficult time and holding onto that passage got them through their trouble.

A friend of mine, Colene, a Baptist, told me about a time in her life when everything was going wrong.  Colene had been very close to her father, but he had recently died leaving her devastated.  Then shortly after, her husband discovered that he had stage four cancer of the lungs. As Colene waited by her husband’s hospital bed, doctors told her that they didn’t expect him to live. Terrible fear welled up in her heart and stayed there.

One night late as Colene was walking across the dark hospital parking lot, several men jumped out at her, hit her, grabbed her purse and threw her in a ditch. She tells me that at that moment she felt about as low and frightened as she has ever felt in her life.  As she lay in the ditch trembling in the dark with the bad men standing over her, she remembered the Scripture verse in 1 Corinthians 12:8-12 where Christ says: “My grace is sufficient for you, for my power is made perfect in weakness.”  She told me that right then she “claimed” that verse and her faith “stood” on it. There in the ditch in all her weakness she felt Christ over her in all of His strength protecting her from these bad men. The men yelled and clamored for a few minutes and then disappeared in the darkness dropping her purse on the ground as they left.  Colene shared this Bible verse with her husband and they both held onto it.  Her husband’s lung cancer began to turn around with chemotherapy and he is alive and well today.

Another Baptist friend, Velma, tells me that she occasionally finds herself in situations where she is over her head and feels that she cannot perform a job as well as she should. At these times, Velma prays for God’s help and she “stands” on Philippians 4:13 which says: “I can do all things through Christ who strengthens me.”  She says she can feel the fear leave and courage come to her as she “claims” this verse.

A third friend, Jim, works at a shop where several co-workers often treat him badly.  Jim “stands” on this Scripture verse during those times: “Be not overcome with evil, but overcome evil with good.”(Romans 12:21) He says it has helped him change much of the negative dynamics at his work place.

Baptists have a passion for inviting people to come to Christ.  Baptists believe that people who do not know Christ are lost and Baptist churches send out missionaries to foreign countries to help the poor and also to win people to Christ.

The Christian life begins with a personal decision to follow Christ.  And Baptists love to tell the story and urge people to come to Christ.  Scripture says: “If you confess with your lips that Jesus is Lord and believe in your heart that God raised Him from the dead, you will be saved.” (Romans 10:9)

Baptists know how much difference it makes to believe in Christ.  Scripture says that once we open ourselves to follow Christ the Holy Spirit begins to work in us to change us from the inside out.  And we become new!

Christ died to take away our sins.  But we must accept Him as our Savior.  Revelations 3:20 says: “Behold, I (Christ) stand at the door and knock. If anyone hears My voice and opens the door, I will come in and eat with him, and he with me.”  He awaits our willingness to invite Him into our lives.  But we must at some point make a decision to open the door of our heart.

Do you recognize what Jesus is offering?  That He is offering you eternal life?  Do you recognize that you cannot save yourself?  Are you willing to embrace His love and allow Him to embrace you?  Maybe you have been a lifelong churchgoer but still haven’t asked Jesus Christ to be your Savior and Lord.   I invite you to accept Jesus now.  Ask Him to forgive you of your sins and wash you clean and make you new.  Tell Him that you will try to follow Him. Ask Him to lead you.  If you give your life to Christ and mean it, you will become a new person! That is what Scripture says and we who have done this know that it is true.  Christ will come into your life.  It will be the most important thing that you will ever do.

Many of the ideas from this blog came from Adam Hamilton’s book “Christianity’s Family Tree”.