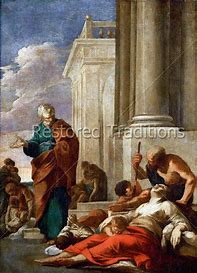 When we pray for God’s love to be in our hearts, He gives us that love.  And love has power.  Love crosses boundaries and overcomes fear.  Being able to pray and ask for anything in His Will is powerful.  Allowing Jesus to work through us is powerful.  And God’s Word is powerful. God has distributed the gifts of the Holy Spirit to the modern- day Christian Church.  He has empowered each Christian with a gift or gifts to do something. (1 Corinthians 12:7-11 and 27-30) The work of the Holy Spirit in the lives of Christians in our churches validates the Christian message that Christ came to save sinners.  That light shines brightly.  What more do we need?